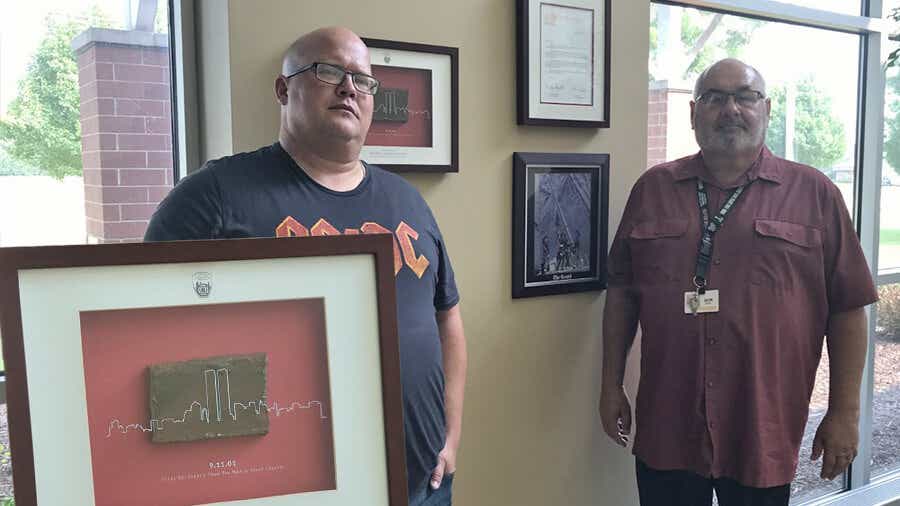 GREEN BAY, Wis. – (Sept. 10, 2021) – Like many Americans, Schneider professional driver Bob Seidl recalls precisely where he was and what he was doing on September 11, 2001. Seidl was teaching a HazMat course at Schneider's Training Center in Green Bay when he heard the news that planes had crashed into the World Trade Center towers. That same day, he offered to drive relief supplies to New York.

Within days, Schneider, a premier provider of transportation, intermodal and logistics services, organized a relief effort dubbed "Operation Noble Eagle" to deliver donations from Wisconsin to New York City, and Seidl was among three drivers to haul relief loads.

Upon arriving in New York City, Seidl distributed food, water, gloves, boots and other essential supplies to first responders at Ground Zero. He said the generosity and support truly made a difference that day.

"I just happened to be in the position to help," Seidl said. "Anybody would have done what we did. It was all the ordinary people doing extraordinary things and donating supplies to the people who needed it."

Seidl said he was just doing the job of a truck driver – delivering supplies to people in need.

"We take care of America as truck drivers," Seidl said. "It's what we do. The country needs it, so we get it done, and following 9/11 was no different. Those people needed relief, supplies and help and we provided that."

Learn more about Siedl's experiences and involvement in Operation Noble Eagle and listen to WIXX's Otis Day's interview with Siedl, who accompanied him 20 years ago on the drive to Ground Zero.